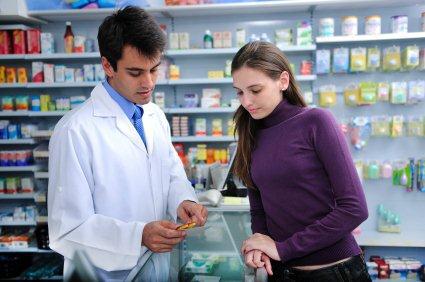 Having independently commissioned plans from one particular automation supplier and one pharmacy shop-fitter , and having had no prior experience of automation, the client decided at the last minute that as the automation investment was so significant, it was well worth getting an independent opinion before signing off the automation order.

Prior to visiting the client in Yorkshire, we reviewed the proposed plans of the automated dispensary and the draft automation contract.  Then, in a pre-planned one day visit to the Pharmacy, we advised the client on how to improve the pharmacy design and advised them on several aspects of the automation contract that could be improved for their benefit

The client felt more confident, after receiving our independent advice, that what they were buying would really allow them to achieve their objectives.  They saved money by accepting a suggestion that they could re-use some of the existing pharmacy drawers and saved further money as a result of several aspects of advice provided by us focusing on the draft automation contract itself, which they would otherwise have been signed unaltered.

David Jacobs from The DX

Jackie has the experience and ability to support new and existing pharmacy businesses unlike any other.

I am glad that I contacted Pharmacy Consulting Limited (PCL). Jackie Peck helped me in understanding all aspects of community and internet pharmacy. She was helpful in conducting survey, preparing business plan and negotiation with wholesalers etc. She was extremely approachable and provided invaluable advice. She was proactive in helping and was very flexible. I will highly recommend Pharmacy Consulting Limited to all especially young entrepreneurs. It is a money well spent.

Testimonial from a Hospital Doctor in London

“Very informative and lots of opportunity to ask questions and speak with other people on the course.”Megan – Course Rating 10/10

I attended the GDP Responsible Person Cogent “Gold Standard” training course and found it very informative, the trainer was very knowledgeable and answered all questions to a high standard, I learnt all aspects of GDP and gained knowledge that will help me greatly within my role at work and in an RP Role. 10/10

“Very interactive, answered all my questions and pointers in the right direction.”Ade – Course Rating 9/10

Pharmacy Consulting has helped manage our Company through all GDP compliance and RP training requirements, It is a pleasure to work with such a dedicated team. 10/10 –